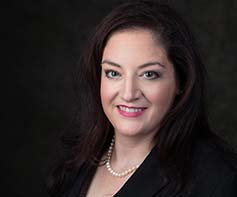 Amy joined Torf Funeral Service in 2000 and is the fourth generation owner and director at her family’s funeral home. Amy became involved in the family business to ensure that her grandfather’s [Hyman] legacy remained vital and to keep this a family business.

Amy was born and raised in Scarsdale, New York she has a Bachelor of Arts degree in Psychology from the University of Maryland at College Park and a Masters degree in Sport Psychology from Florida State University. Amy moved to the Boston area approximately 20 years ago and attended the Fine Institute where she obtained her degree in Funeral Service while interning for the family funeral home.

When Amy is not at the funeral home assisting a family, she is often found attending a temple function or other community event. She sits on the board of director’s for the Massachusetts Down Syndrome Buddy Walk, Map Habit Action Fund, and maintains an active membership in numerous Temples and their Temple Sisterhoods. 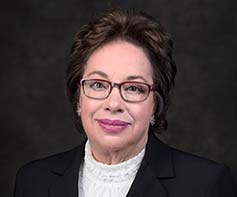 Deborah Torf Golden grew up in Brookline, MA. She graduated from Brookline High School and then received her Bachelors degree in Special Education from Syracuse University, she then received a Master’s Degree from Teachers College of Columbia University. Deborah then attended American Academy at the McAllister Institute of Funeral Service and graduated in 1986. She joined her father Hyman Torf in the family funeral business in Chelsea.  She is a life member of the Brandeis Women’s Organization, Hadassah, and the Chelsea Jewish Foundation. She is the benefactor of the “Torf Residences” at the Green House at the Leonard Florence Center in Chelsea and “Torf Living Room” at the Aviv Centers for Living in Peabody.

Ms. Mooney joined our team as Managing Director in June of 2010. Megan grew up on Cape Cod with her family and decided to pursue funeral service at an early age. Megan graduated in 1995 from Falmouth High School before studying at New England Institute at Mount Ida College and University of Massachusetts, Boston. She graduated with a degree in Funeral Science. During her education she completed her internship at a local Boston firm and earned her Funeral Directors and Embalmers license, along with her Massachusetts State Producers license. After 15 years with her first firm, she joined the Torf Family. Megan is a member of the International Conference of Funeral Examining Boards, Inc. and served on the board of the Chelsea Revere Winthrop Elder Services.

During her free time Megan enjoys riding and teaching equestrian lessons at a local riding academy. Megan also makes it a point to return to the Cape and Islands to be with family, friends and her dog “Bella”. 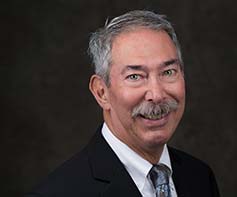 Stephen Richmond, Torf’s Funeral Director’s assistant, has been involved in Jewish funeral service for over 30 years. Having grown up on the North Shore, he received his Bachelors degree in Business Administration from Northeastern University in 1971. Not only does he hold a license as a registered apprentice in funeral service, but he also is a licensed physician assistant having worked in the medical field for 40 years.